What Is a Ruptured Anterior Cruciate Ligament?

The knee joint is comprisedof several ligaments which together, keep the knee from bending incorrectly. The most common ligament that can be injured or ruptured is the cranial cruciate ligament. This ligament forms an “X-shape” with the caudal cruciate crossing the knee joint. Cartilage, called the lateral and medial mensci, cushion the joint between the femur and tibia bones. Sometimes the menisci are damaged along with the ligament. If the mensci are damaged then it should be removed surgically. Symptoms of a ruptured cruciate ligament can be sudden rear leg lameness. Meaning the dog is barely touching their foot on the floor when walking and barely putting any weight on the leg. Typically, the pet will appear to get better over a couple weeks, however the knee will be swollen and arthritis may set in quickly.

Why Did the Ligament Rupture?

How Does a Veterinarian Diagnosis the Rupture?

After lameness is noticed, veterinarians usually end up seeing the pet shortly after the injury, or within the month. To diagnose the rupture, the veterinarian will take the leg through a range of motions. The rupture will manifest through an abnormal motion. This abnormal motion is called the drawer sign. To perform the test, sedation may be needed due to the muscle surrounding the knee tighten and hold the joint it in place. Once the pet is sedated, the doctor will stabilize the femur and manipulate the tibia. If the tibia moves in an abnormal manner, than the cranial cruciate ligament may be ruptured. To further assess the rupture, veterinarians may use radiographs. Radiographs may show if there is any bone abnormalities in the joint that would need to be addressed at the time of surgery. In addition, the radiographs will show if any arthritis or effusion have occured.

What Are the Treatment Options?

There are three common techniques used to repair a torn or ruptured cruciate ligament. The Extracapsular Repair, the Tibial Plateau Leveling Osteotomy (TPLO), and the Tibial Tuberosity Advancement (TTA).

The extracapsular repair can be used for any dog. During the surgery, the joint is opened up and inspected for damage. Any damaged ligaments, meniscus, and bone defects are removed. Than a strong monofliament suture is passed around the fabella behind the knee and through a hole that is drilled into the front of the tibia. The suture prevents the knee from performing the drawer motion and holds the joint in a secure position. Over the first two months of healing, the pet will gradually increase the use of the knee, eventually returning to normal. During the two month healing period, the pet will need strict exercise restriction, including leashing walking while in the yard.

The tibial plateau leveling osteotomy (TPLO) was developed for larger dogs. The surgery changes the angle that the femur bears weight on the ‘plateau’ of the tibia. Meaning the doctor goes into the joint, cuts and rotates the tibia so that the natural weight bearing of the leg stabilizes the joint. As with the other procedure, the doctor removes any damaged ligaments, meniscus, and bone spurs or chunks. Due to the specialty of the surgery, it is done by board certified surgeons. Here in Spokane, we have the Veterinary Surgical Specialist or there are specialists at Washington State University Veterinary Teaching Hospital in Pullman, WA who can perform the surgery. Because it is a difficult surgery, several radiographs are needed to determine the correct angles for the pet. Within ten days to three weeks, the pet should be toe touching while walking, meaning the pet is putting some light weight back on that limb. The pet should have full function of the limb in three to four months post operation. At this point, the pet should be able to return to normal activity.

The Tibial Tuberosity Advancement (TTA) is used on any dog whose joints are large enough to support the implantation. Usually these dogs weigh more than 30 pounds. The TTA surgery, like the TPLO, uses the bio-mechanics of the knee to stabilize the joint and changes the angle of the pateller ligament. To do this, the surgeon cuts and changes the tibial crest where the patellar ligament attaches. At that point, a steel or titanium implant  and possibly bone graphs are used to stabilize the new angle. As with the other procedure, the doctor removes any damaged ligaments, meniscus, and bone spurs or chunks. Similar to the TPLO, the bone is cut and special training is needed to perform the surgery. We have two doctors at our clinic that are able to perform the surgery. Within ten day to three week, the pet should be toe touching while walking, meaning the pet is putting some light weight back on that limb. The pet should have full function of the limb in three to four months post operation. At this point, the pet should be able to return to normal activity.

What is Expected for Rehabilitation?

In the beginning stages of recovery from these surgeries, strict confinement is crucial to healing. This means leash walking for at least two months post surgery and using a crate or pen in the house to prevent running, jumping, or excessive use of the leg. The pet will be painful for the first two to three weeks of recovery, which we manage with a couple different pain medications. The surgical site will need six weeks for complete healing. Throughout the duration of recovery, we have you watch the surgery site for any abnormal swelling, discoloration, or excessive drainage just to be on the safe side. If there is abnormal swelling in the area, it can be iced with a padded ice pack. Further directions will be given when the pet is picked up after the surgery.

Owners can assist with light physical therapy by doing passive range of motion, flexing and extending the knee joint. It is critical to follow what the pet allows you to do with flexing and extending the knee. We do not want to cause pain or twist the joint in anyway. If twisting occurs, it can damage all the hard work that has been done. After three to four weeks of healing, additional therapy techniques may be used. One common method is hydrotherapy with a water treadmill. In addition, the pet and owner can go back to light activity. After three to four months of healing, the pet can return to most normal activities. 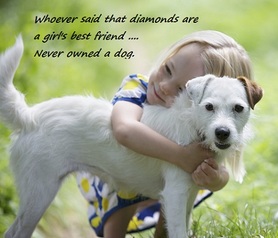 We only provide the best and the most up to date services available in the veterinary field. Come see us today!

Our Veterinary Hospital is in Mead, Washington. We invite you to contact us to make an appointment.

We understand that your pets are valued members of your family and their health is important to you.